What Does the Foreign Corrupt Practices Act Actually Prohibit? 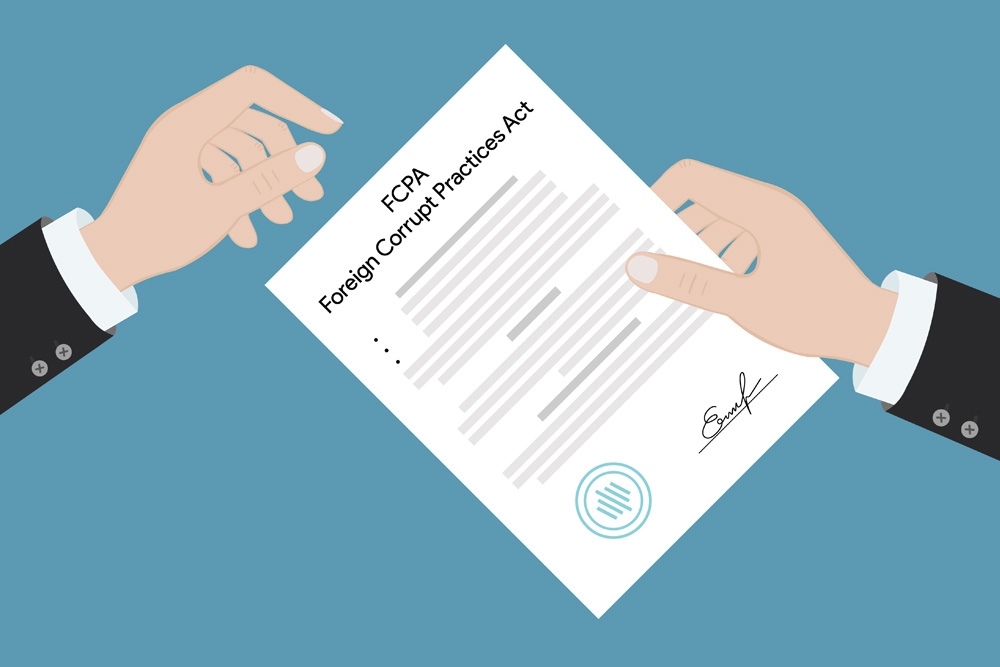 Before the mid-1970s, it wasn't at all uncommon for U.S. companies to engage in bribery and promote corruption overseas. After this realization, the Foreign Corrupt Practices Act of 1977 — an amendment to the Securities Exchange Act of 1934 — came into being in order to put a stop to this. It's intended to boost the anti-corruption provisions of the Exchange Act by keeping U.S. corporations and citizens from bribing overseas officials in order to further their business interest, but what does the FCPA actually prohibit?

What is prohibited by the FCPA?

The primary goal of the Foreign Corrupt Practices Act is to prohibit companies or their officers from influencing foreign government officials with money or rewards of monetary value. It makes it illegal to pay a person connected to a foreign government or international agency in order to get or keep a business.

A few things have to happen in order for an action to be considered a violation. The defendant must have used a means of interstate commerce, like the mail, internet, or telephone. They must have offered something of value to a foreign official, political candidate, or political party (It should be noted that, for the purposes of the FCPA, employees of state-owned businesses are considered foreign officials). The defendant knowingly intended to influence an official decision or secure an improper business advantage.

In addition to prohibiting bribes, the FCPA also mandates certain internal control and record keeping requirements for businesses. Every company listed on the U.S. Stock Exchange, or who has to file reports with the U.S. Securities and Exchange Commission, must maintain accurate records. This is designed to increase transparency, by making it more difficult for businesses to conceal illicit bribes in their records.

What isn't prohibited by the FCPA?

Payments that aren't considered bribes — those that are considered legal under local law — are exempt, as are business expenditures. Interestingly, grease payments intended to facilitate business are not prohibited.

How do bribes and grease payments differ?

Bribes are intended to influence a foreign official's decision. If money changes the outcome of a decision, it's a bribe. Grease payments don't change the outcome of a decision, they just make the outcome happen faster. Grease payments may also be used to secure certain things, like police protection. In these instances, the intent behind the payment affects its legality. If it's intended to make a foreign official act in a business' favor, it's illegal. If it's intended to make an action happen more quickly, it isn't.

Who does the FCPA apply to?

Every U.S. business, public or private, that conducts business overseas is subject to the law. The FCPA applies to any business incorporated in the U.S., any foreign or domestic business that has its primary place of business within the U.S., and any individual that is a U.S. citizen, national, or resident, regardless of whether they are within the U.S. at the time of the act. Following amendments made in 1998, the law also applies to foreign firms and individuals if they are in the U.S. at the time of the act. The FCPA is not intended to prosecute foreign officials for accepting bribes, though there are other statutes that may be used to do so.

What happens if a business or person violates the FCPA?

The U.S. Department of Justice and Securities and Exchange Commission are responsible for FCPA enforcement. If a violation occurs, the SEC can bring civil charges, and the DOJ can bring both criminal and civil charges. Both companies and individuals may have to surrender the advantages they received from the bribe, as well as pay significant fines and prejudgment interest.

For example, in January of 2020, the SEC fined European aircraft manufacturer Airbus for paying bribes to foreign officials in order to secure aircraft orders and other business advantages. The company eventually agreed to pay as part of a settlement with authorities in the U.S., U.K., and France. In the end, the fines totaled a massive $3.9 billion.

How can companies stay FCPA compliant?

Companies can stay compliant by following the record keeping and internal control requirements of the FCPA, by fully and completely recording all transactions that they engage in. Intent matters — if a payment is highlighted as a potential violation, it will be necessary to prove that it was not intended to secure a business advantage or influence an official decision.

What is the current administration's opinion on the FCPA?

At the moment, the Trump administration intends to limit the scope of the FCPA in the belief that it is disadvantageous for U.S. businesses. It's doubtful that this would actually gain ground in Congress, as the law is generally considered helpful in limiting corrupt business practices and helping global trade. Many other countries have modeled their anti-bribery laws after it, so it's uncertain whether limiting the FCPA would actually reduce the number of prosecutions for bribery.

The Foreign Corrupt Practices Act helps keep companies from securing improper benefits for themselves, and from contributing to corruption within a foreign government. While the penalties for a violation can be very stiff, staying compliant is relatively easy – maintain good record keeping, keep stringent internal controls, and understand the difference between a grease payment and an illegal bribe, all things that are good business practices in themselves.

If your company or organization is facing litigation pertaining to an alleged violation of the FCPA — or the U.K. Bribery Act — you should contact Roman. Roman’s attorneys and financial forensic experts operate nationally and internationally to gather evidence that will support your defense. To request a consultation contact Roman by calling us at 800.422.9032 or by sending us an email.